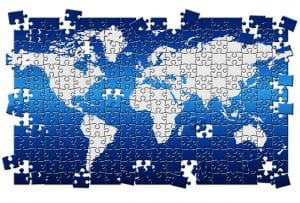 The phrase “child abduction” may evoke a sinister stranger lurking in the shadows, but in most cases the kidnapper is the father or mother, often with the best of intentions. The consequences can be devastating for those involved, most of all for the child.

The Hague Convention of 25 October 1980 on the Civil Aspects of International Child Abduction is a multilateral treaty to which, among many others, the United States and all European Union countries are parties. The Hague Convention strives to provide an efficient mechanism between designated Central Authorities, allowing the return of a child wrongfully taken from his or her country of habitual residence to another signatory state.

The Convention will not work if the child is 16 or older, if the left-behind parent waits for more than a year to invoke them, if the child objects to his or her own return, and is deemed mature enough to do so, or, under Article 13(1)b) if there is a “grave risk that the child’s return would expose the child to physical or psychological harm or otherwise place the child in an intolerable situation.”

Within the European Union, Regulation Brussels II bis expressly supersedes the provisions of the Hague Convention as between European Union States and enacts its own set of rules on the civil aspects of international child abduction. The court is required to hear the child’s opinion on the question of his or her return, and the use of the most expeditious procedures under national law is mandated, with a resolution to be reached in any case within six weeks.

The clear goal of the Regulation is to reduce the likeliness of non-return orders and limit the effectiveness of a successful Article 13(1)b) defense. For one thing, under Article 11(4) of the Regulation, a court in the receiving State may not refuse the return of a child on Article 13(1) b) grounds if it is established that adequate arrangements have been made to secure the protection of the child or after his or her return.

Furthermore, various Brussels II bis provisions set up a mechanism whereby the court of the requesting State retains jurisdiction over the child. Any judgment reached by that court is then automatically enforceable in the receiving State by way of the special procedure available under Article 42.

Thus the left behind parent who lost on Article 13(1)b) grounds is given a “second bite at the apple” before his or her home court. A subsequent order of the court of the child’s habitual residence trumps the non-return order issued by the court of the receiving State.