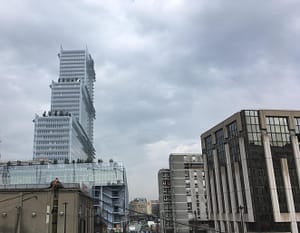 The first question, sometimes the most important one, in an international divorce is where to sue? Within the European Union, the solution is simple enough: Regulation Brussels II bis states that the courts of the jurisdiction where the divorce is first commenced will generally hear the case, even if that jurisdiction is, for instance, one of the states of the United States. The legal consequences can be crucial, in particular with regard to the spouses’ French prenuptial agreement (contrat de mariage.)

Furthermore, French law does not allow spousal support after a divorce. The less wealthy spouse receives instead a prestation compensatoire, generally a lump sum equivalent to a fraction of the difference between the spouses’ respective net assets.

It follows that the spouse who files first has a strong advantage in international divorce proceedings: he or she often decides where the case will be heard, and which law will be applicable.

This “race to the courthoouse” scenario has been somewhat tempered by Regulation Rome III, for the countries that have adopted it (to date, Austria, Belgium, Bulgaria, France, Germany, Hungary, Italy, Latvia, Lithuania, Luxembourg, Malta, Portugal, Romania, Slovenia and Spain.) Rome III allows spouses of different nationalities, or not residing in their country or countries of nationality, to choose the law applicable to their divorce.  if they cannot agree on this point, as is often the case in a divorce, Rome III determines the applicable law depending on the residence and nationality of the spouses.

Millions of euros or dollars may ride on the sole issues of jurisdiction and choice of law. This is no legal field for the unwary.