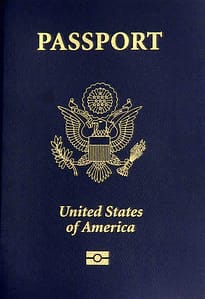 A Legal Permanent Resident of the United States (“green card” holder) becomes eligible for naturalization after 5 years (3 if he or she is married to a United States citizen) of permanent residence, provided he or she spent at least half of that time within the United States, with no absences of more than 6 months at a time.

This may sound straightforward enough, but things are not always so simple. An ill-timed and poorly thought-out naturalization application, far from leading to United States citizenship, can land the unwary in deportation proceedings, particularly if the applicant has a criminal record.

Other factors should be considered: What of the applicant’s nationality of origin? Some countries discourage or outright prohibit dual citizenship. And what are the tax consequences of United States citizenship?

We carefully assess each case before filing the application.

Most Americans acquire their citizenship automatically by being born in the United States. What about the accidental Americans, whose parents just had a temporary residence in the country at the time of their birth, and who kept little or no contact with the United States? They must, like all other Americans, file income tax returns on their worldwide income, and they may be taxed heavily, in particular on capital gains realized outside the United States. They must report their bank accounts abroad to the United State Treasury (FBAR, Report of Foreign Bank and Financial Accounts.) They may also encounter difficulties in opening bank accounts, especially in France, due to the requirements of FATCA (Foreign Account Tax Compliance Act.)

These accidental Americans, like some naturalized citizens who decide to move back to their country of origin, may consider renouncing their U.S. citizenship. This has become a complex process, and the consular fee has been raised to a hefty $2,350. Moreover, Congress has tried on several occasions to bar from reentry into the United States persons who have renounced their citizenship to evade taxes. In spite of this, the number of Americans renouncing their citizenship has increased dramatically.

This decision is irrevocable and life-changing. Renouncing U.S. citizenship, just like acquiring it, requires an in-depth consultation with your attorney.