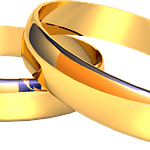 California law regarding premarital agreements differs from French law in many ways. In France, future spouses who wish to enter into a premarital agreement (contrat de mariage) must appear together before a notaire prior to the wedding and select with his or her assistance one of the régimes matrimoniaux offered by the French Civil Code.

A French notaire is not at all the equivalent of an American notary public, but rather a legal professional specializing in wills, real estate transactions, prenuptial agreements, and generally all documents or deeds requiring that the informed consent of the parties be ascertained. The notaire will advise the future spouses of the legal consequences of their choice of régime.

French future spouses have an option between several versions of the community property and other régimes, including séparation de biens (separate property). Those statutory régimes may, within certain public policy limits, be modified by the future spouses to accommodate their specific needs. Of course, spouses may choose not to enter into a premarital agreement, and the default régime of communauté réduite aux acquêts (one of the forms of French community property) will then govern their legal relationship.

If a couple marries in California without a premarital agreement, California community property applies. This is similar -though not identical- to the French default régime. Under California law, future spouses may also modify their legal relationship by entering into a prenuptial agreement drafted by two separate attorneys. California law, unlike French law, does not provide “ready-made” frameworks for prenuptial agreements. Future spouses and their attorneys have more leeway to define their future legal relationship than is usual in France, although they are bound as well by public policy considerations in drafting the agreement.

In spite of these differences, the practical consequences of premarital agreements in France and California may be very similar. For instance, both spouses may wish for their California premarital agreement to provide that their earnings during the marriage remain separate, which could likewise be achieved through the régime of séparation de biens under French law. However, because the formal requirements of a French premarital agreement are quite different from those of a California agreement, a French contrat de mariage may be challenged before California courts.

And if a married couple moves to California, the best way to avoid costly litigation down the line is to enter into a California postnuptial agreement, which may replicate, or sometimes modify, the provisions of the initial contrat de mariage.